General » How to Watch BBC iPlayer Abroad on Firestick

How to Watch BBC iPlayer Abroad on Firestick

Among all these sensational streaming platforms, there is one that piques the interests of the British folk, as it offers content tailored to their taste. That’s right; we are talking about BBC iPlayer – home of Doctor Who and countless other movies and TV shows.

But what to do when you wish to stream BBC iPlayer abroad? Luckily, we are here to help you out. Discussed below is a simple process to help you access your favorite streaming platform on Amazon Firestick. So, let’s get started:

Before we tell you how you can log on to BBC iPlayer abroad, let us first tell you a bit about the platform. Launched in late 2005, BBC iPlayer is a video-on-demand service from the TV giant. Besides watching your favorite TV shows, you may also tune into some great radio stations to help kill the boredom. The platform may be accessed on various platforms like Windows, iOS, Android, and Amazon Firestick.

How to Watch BBC iPlayer Abroad?

A premium service such as BBC iPlayer would make efforts to restrict the streaming of their content within the boundaries of the country. As a result, you need to turn to a VPN service if you wish to stream BBC iPlayer Abroad.

However, even the most popular VPN services often fail to bypass the strict geo-protocols set by BBC. One VPN service that you could try out is Ivacy VPN, which quickly moves up the ranks. Once you have decided on the VPN of choice, follow the procedure below to access BBC iPlayer abroad:

Setting Up BBC iPlayer on Firestick

The BBC iPlayer app is currently not listed on the Amazon app store. For this, you would have to download the BBC iPlayer APK from elsewhere. Let us guide you how:

Is It Legal to Login with a VPN App?

The short version – Yes, it is completely legal to use VPN software. The long version – a VPN service aims to offer privacy for your sessions online. And one common way it provides to its users is by masking the actual IP address of the user. Thus, it is entirely legal to use.

A Few Titles to Check Out on BBC iPlayer

Once you are all set and ready to go, make sure to check out the following titles while watching BBC iPlayer Abroad:

Set in the fictional 1900s in England, the series revolves around a fierce local gang known as the Peaky Blinders. Leading the gang is Thomas Shelby (Cillian Murphy), a powerful figure of the family who makes money from the black market, illegal betting, and protection.

In this action-drama, we see the life of a British Intelligence officer (Sandra Oh) get tangled up with the hunt for a deadly assassin, Villanelle (Jodie Comer. The series has had three successful seasons so far and is airing its fourth season.

Death in Paradise is a comedy-drama that focuses on DI Richard Poole, who is transferred to the Caribbean island of St-Marie to investigate a series of murders on the island. In this comedy, performances to look forward to are from Elizabeth Bourgine, Don Warrington, Danny John-Jules, and a few others.

Though the service is meant to be streaming from within the UK, using this method can help you access BCC iPlayer abroad as well. Freelancer’s Tips: How to Evaluate Your Work and Inform Your Client About It

Putting a price on your work might be challenging. Many freelancers are confused about how to do it…
byAbby Hill 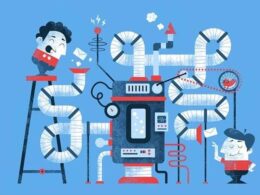 What You Need to Know Before Starting a Manufacturing Business

Starting a business in any stage of production isn’t easy— particularly difficult in the early phases. You need…
byAbby Hill 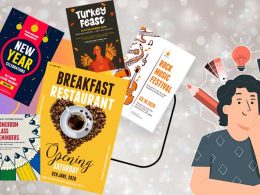 The Remarkable Exhibitions of Paul Gauguin

When thinking about the life of an artist, one critically important yet often overlooked part of the job…
byAbby Hill
error: