Does your Snapchat Keep Crashing? Fix it Using These 9 Tried & Tested Methods

“Snapchat has the new feature: Crashing on its own”

“Snapchat has done a CRASH course of annoying users!😬”

“No matter what I do, the Snapchat app just keeps crashing. One time I knew I was struggling with the app, and the other time my phone was flying off my hands 😭 PS: I am typing using my laptop!”

The internet is flooded with such hilarious tweets regarding the Snapchat crashing issue. Seems like a lot of people are dealing with it 🤔.

Wondering, why do I set out to write about it?

Well, it’s because of my friend Steph! She was buzzing up my phone every 10 minutes since her Snapchat started crashing, thanks to my previous experience in troubleshooting and dealing with apps issues. Nevertheless, we got her problem-solved.

There are a number of methods that we attempted since there is no exact reason for the app to crash, but there exist many possibilities that can lead to such an issue. So, we look into those prospects and their solutions one by one and get the issue solved.

Provided in this article, is the collective knowledge and experience of me and Steph. So, jump right into it and prevent your Snapchat from crashing!

Before moving to the troubleshooting methods, listed here are some basic techniques that can be the reason for Snapchat crashing or even not working, and if you look at them and try to overcome them, the problem can be solved:

If these were not able to prevent the Snapchat app from crashing again, then do not worry, a number of other solutions await you ahead!

Whenever you come across any inaccessibility issue with Snapchat or its app keeps crashing, the first thing you can do is check its server status; it’s not just with Snapchat but any other app with whom you are facing such difficulty.

Many times, temporary problems with apps like freezing or crashing arise due to server outages. When servers are not functional, then obviously the services of the app also become inaccessible. Therefore, if your Snapchat app is crashing, look up its server status. Websites like downdetector.com and outage.report provide the live status of popular apps and websites.

Cache files are the temporary data files of apps stored in your device, with the help of which the accessibility of apps and their services become faster. Whenever a request is made regarding the app, the phone first looks for it in the cache memory. If the device finds the required files stored there, then it will retrieve the files and show the result to the user. However, if these files are corrupted or damaged, somehow, then the error will be shown to the user. Thus, cache files play an important role in app functioning.

Stated below are the steps for deleting the Snapchat app cache from both Android and iPhones:

Does your Snapchat app still keep closing? Do not worry, because there are still many methods left in my arsenal to help you out.

After operating in the background for too long, your phone may force Snapchat to enter inactive mode. This causes it to crash whenever you try to open it. Therefore, you are required to remove it from the background, if you haven’t already tried the method several times.

For Android phones, there are device-specific methods for removing the apps from the background, so if you are an Android user, proceed according to your device.

iPhone 11 and above, users have to swipe up from the bottom of the screen or double tap on the home button quickly (if you have an iPhone 10 or lower). Then, the app previews will appear, find the Snapchat app, and then swipe it up to remove it from the background.

If clearing the Snapchat cache didn’t help you and the app is still crashing, then the next thing you can do is check if there is any pending update of the app; if there is, then update the app without giving it a second thought.

The new versions of the apps are released with new features and functionalities, which were obviously not there in older versions. Furthermore, sometimes, with new releases, the support for older functions that were vulnerable to user’s security or posed bugs, is removed, because of which the older apps begin prompting issues like abrupt crashing.

So, if you haven’t updated your Snapchat app for a long while, then you will often find yourself googling the question ‘Why does my Snapchat keep crashing?’.

You most probably know how to update the app, however, if you do not, then listed below are the general steps that can be followed by both Android and iPhone users to update the Snapchat app:

If updating the app doesn’t help and still your Snapchat app is crashing, then there might be something amiss with the app’s files itself. If somehow, the Snapchat app’s file got corrupted or some of its basic functions are hindering in its loading and causing the sudden crash, then it can only be rectified by uninstalling the app and installing it again. So, give this method a shot as well.

The following steps will assist you in uninstalling the app:

I am guessing that you haven’t rebooted your phone this week, but that’s something you shouldn’t be doing. Restarting your device is the foundation for resolving the majority of difficulties you may encounter at any moment with your device or its applications. And, with no effort on your part, it refreshes both software and hardware features, closes all background processes, and launches a new session on your phone.

This helps in eliminating the crashing issue of Snapchat, because if any background app or phone function interfering in the Snapchat process will be terminated and will be launched afresh when the phone is rebooted.

Now that you’ve tried the methods stated above and Snapchat is still crashing, then there is no harm in trying another solution. The restarting procedure is more or less the same whether you’re using an Android or an iPhone.

For Android: To access the power menu, simply long-press the Power button. Then, the power menu will appear, and most Android smartphones need you to press the Restart or Reboot button for restarting the phone.

For iPhone: Press and hold, either of the volume button and the side button until the power off slider appears. Drag the slider to switch off the phone. To open the device again, press and hold the side button, till the Apple logo appears on the screen.

Mobile applications make use of Random Access Memory (RAM), which is a type of storage where programs that operate in the background save their data. You might become so engrossed in downloading apps and using them, that you may forget how restricted RAM can be. As a result, device performance deteriorates and, in the worst-case scenario, apps crash.

Thus, if your Snapchat continues crashing, then it means that your RAM might be trying to keep up with the overhead of all the apps running in the background and failing in the operation.

If you are using the latest release of the Snapchat app, then the reason behind its abrupt crashing can be the incompetency of the app with the outdated version of the phone. If your phone’s software is outdated, then it can have difficulty coping with the latest technology of the Snapchat app. Therefore, check if there is any system update that is available for your device and is pending, if so update the device right away.

Jotted down below are the steps for checking system updates:

For Android: First, go to your phone Settings, then head over to the System tab and then select the System Updates option. If any update is present, it will be shown there. Tap on the Update button to begin the process.

For iPhone: Open the phone Settings app, then select General and tap on the System Update option. The update will be shown there, if any. Tap on the Update button to start the update of your iOS.

If you possess a smartphone with an out-of-date Android operating system or an iPhone or iPad that cannot be upgraded, then it may be high time to change your device. Because of compatibility differences, many of the most recent mobile phone apps are no longer supported by older handsets. There have been advancements in technology that are simply too much for older devices to operate.

If you are using an Apple device, you will be notified about the app’s incompatibility with your device while downloading any app that your device will not be able to support. Even if you download the app somehow, it will not be on its best behavior. The same is the case with smartphones having older Android versions.

Therefore, if you are using an old device, then the reason for Snapchat crashing is the device itself. Due to the same reason, your Snapchat app might also not be able to load images or stores. So it will be in your best interest of yours if you get it replaced. Several constituents state your success on social media. Those are the number of followers, likes, sometimes dislikes, and……
byJanvi Panthri 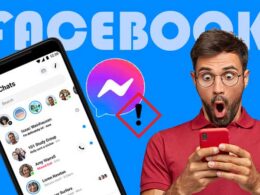 13 Fixes That Can Instantly Resolve Facebook Messenger Not Working Issue

Is your Facebook Messenger also not working? Are you tired of trying a number of solutions listed on…
byJanvi Panthri
8 shares
8
0
0

How Can I Monitor My Child’s Snapchat?

Social media indeed connect us all. But with every child having access to social media, it has also…
byJanvi Panthri

Possible Ways to Know Who Viewed Your Facebook Profile & Pages?

Considering the Cambridge Analytica Data scandal (in which the personal data of millions of Facebook users’ in early…
byJanvi Panthri
1 share
0
0
1
error: