Possible Ways to Know Who Viewed Your Facebook Profile & Pages?

Considering the Cambridge Analytica Data scandal (in which the personal data of millions of Facebook users’ in early 2018 was leaked), it is available on multiple platforms that Facebook resulting to its privacy concerns has finally decided to introduce a comprehensive feature to its users for knowing who viewed their Facebook profile.

If this is to be believed then, it would not be wrong to say that this recent data-breach incident has weakened the company’s position in such a way that Facebook being in full crisis management mode is planning to come out with this feature to stop users from fleeing, that it earlier explicitly doesn’t allow for users because of its own privacy rules.

However, it is not clear if this new feature is just a test or it will be rolled out in the coming days. But, whatever the scenario is, the fact is that, as of now, there’s no such feature available on the Facebook application that claims to tell you about the visitors who view your Facebook profile.

Though, you’ve most likely noticed many apps and Web services on the Internet for claiming “see who views your profile” but, unfortunately not a single one of them is able to do so. Even Facebook denies such claims and asks you all to report if any of you stumbles into these sorts of apps.

Therefore, in the same context, we’ve decided to dedicate a blog on this particular topic that’ll clear all the queries and doubts of users who’re wondering about is there any way to see who views your Facebook!

So, whoever is reading, if you also belong to the category of users who are unclear about whether they can see who views their Facebook profile or not then, you’re at the exact right place. We’ve written this blog not only with the motive to clear your doubts regarding the aforementioned question but at the same time, with a focused mind to bring in front of you, the comprehensive and ethical methods about how you can see who looks at your Facebook profile. Therefore, without wasting any further minutes, continue reading this blog until the end!

Facebook doesn’t offer you a direct way to check how many visitors you had on your profile or who from your friend list visits your Facebook profile. There is no way to know if your ex or someone whom you don’t know is stalking you on Facebook but still, there is a method that is quite popular these days and claiming to be working to check who visits or views your Facebook account or profile. This method is only for iPhone users and here are the steps:


1. Using the menu icon, go to the ‘Privacy Shortcuts’ option

2. Below the Privacy Checkup option, you will see the ‘Who viewed my profile’ icon.

These were the steps and as claimed by some Facebook users, this feature was earlier there on iPhone devices but is no longer available.

As of now, you might be pretty much clear in your mind that neither Facebook nor other apps offer you the legitimate ways to tell who views your Facebook profile including your posts and videos; therefore, not to let you down, we’ve mentioned such ‘safe and ethical’ (indirect) ways that you can use to have enough idea about who visited your Facebook profile. So, without wasting any more minutes, let’s begin with the steps of two comprehensive methods for knowing who views your Facebook account profile. So, have all your attention here:

However, there’s no way to confirm that these numbers and accounts actually represent people who looked at your profile but, definitely with these two methods, you’ll get a fair idea of the same.

In addition to this, if you also want to know about the fair-ways of how to see who looks at your Facebook page then, to help you out further we’ve mentioned the 3 possible ways of knowing so. Have a look at these 3 given ‘Traffic Tracking Applications:’

How to See Who Looks at Your Facebook Page

It is one of the easiest ways to get an insight into the traffic of your Facebook business and fan pages that have more than 30 likes. Already available in the Facebook application directory, Insights aims to tell users the data containing exact numbers of people, who like their pages, see their page posts, and even click on them. But, in order to get access to it, use these steps—

It is a more full-featured analytics application than Facebook Insights as it monitors data in detail and thus, provides you detailed analytics about the number of visitors and type of people who’re viewing your Facebook business or fan page. So, to use it, just set up an account on Webtrends by visiting its official link “https://www.webtrends.com/.”

Last but not least, to measure the traffic of your Facebook business or fan pages, you can also use Web-tracking services like Google Analytics. Google has been kind enough to come out with this tool to allow users to get definite data about visitors to their pages, for instance; date, time, and location, etc. However, like we above-said, to use this app also, you need to first set up a Google Analytics account, and then have to add a new profile for your Facebook fan or business page. Here’s how you can do so:

That’s all! These above-mentioned are the methods and ways that you can use to get a fair understanding of the numbers, accounts, and demographics of those who have viewed your Facebook Profile as well as your Facebook business or fan pages. With this, we also assume that we’ve hopefully cleared all your doubts and queries regarding the same!

In this ever-changing world, what is constant are the hacking incidents. We are in 2022 and no matter…
byManpreet Kaur Sandhu
162 shares
159
0
3

Fix ‘Facebook App Not Working Issue’ on Both Android and iPhone With This Guide!

In this Article, We’ve Discussed the Following About Facebook App Not Working Issue— Top 8 Solutions to Fix…
byJanvi Panthri 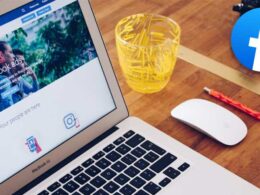 Introduction Social Media Marketing has become the most effective way to generate leads, build your brand and advertise…
byJanvi Panthri

Facebook is not just another social media platform, it is a complete world in itself. Everyone can create…
byJanvi Panthri
2 shares
1
0
1
error: