General » The Most Common Types of Workplace Discrimination

The Most Common Types of Workplace Discrimination

The unfortunate truth is there is workplace discrimination in every industry. Employment discrimination occurs when an employer mistreats an employee or prospective employee because of their age, disability, genetic information, national origin, pregnancy, race or skin color, religion, or sex.

It is entirely illegal to discriminate against a person. Workplace prejudice is demeaning and can negatively impact an employee’s mental health.

Knowing how to recognize signs of racial discrimination, gender bias, parental status discrimination, and many more will help protect yourself and other employees. It’s important to look for toxic work environment red flags when job hunting, even though you should still focus on creating a professional resume and practicing interview questions.

Here is what you need to look out for in the workplace.

Racial discrimination is when a person is treated differently because of ethnicity, race, or skin color. A person must not be part of a minority group to be discriminated against.

Discrimination based on this often leads to a hostile work environment. Things to watch out for include racial slurs, being passed up for promotions despite your qualifications, and targeted jokes or stereotyping.

Although combatting racism in the workplace is not a simple task, it is a possibility. Since racial discrimination is illegal, it can be legally and ethically challenged.

You must guarantee that all employees are informed and skilled in recognizing and dealing with racism.

Gender discrimination is defined by unequal treatment of employees based on gender. There are instances when gender bias isn’t intentional, but that doesn’t make it any less damaging.

There may be times when an employer intentionally or unintentionally excludes staff based on their gender. When this happens, it is vital to approach your superior in a non-combative manner about the inequality you face.

Your employer is obligated to provide a safe and hostility-free work environment. Sexism is illegal in the workplace and should be eliminated at the highest levels.

Pregnancy discrimination is a type of workplace bias that occurs when pregnant women are mistreated because of their pregnancy or their plan to become pregnant.

This behavior may include denying leave, firing or demoting, forced time off, or work restrictions that negatively impact pregnant women. Denying a previously pregnant woman her job when she returns from maternity leave is illegal.

Women who are pregnant should receive the same benefits and treatment that are provided to temporarily disabled employees.

Retaliation in the workplace is one of the most common forms of discrimination. Retaliation is described as being unfairly discriminated against for taking family or medical leave, filing a complaint, or complaining about sexual harassment at work.

It is easy to define an employer who mistreats an employee because they are exercising their rights as an employee. Retaliation is illegal in most states, but it isn’t easy to prove.

If you notice retaliation, document all interactions as thoroughly as possible to build your case.

It is no secret that hostile work environments are illegal. A toxic environment will dissuade employees from performing effectively and damage employers by removing competent and loyal people from the labor force.

Next, can read: Tips for Anyone Working from Home

How to Choose the Best Logo Animation Design Services

When it comes to marketing your business, you want to make sure that you’re using every tool at…
byAbby Hill 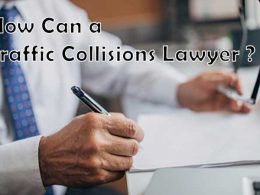 How Can a Traffic Collisions Lawyer Help Me?

You fear for your life and experience lifetime flashes when you are in a car accident. It is…
byAbby Hill Everyone will enjoy and get engrossed in this magnificent fantasy manga on the list. The Best Fantasy Manga…
byAbby Hill Tips for Driving Safely in the Snow

As a rule, winter is associated with the Christmas, Hanukkah and New Year’s holidays. This is truly an…
byAbby Hill
error: