A piece of cloth can change the history of fashion and create a unique idea to grow in the market, the best example of it is Amsterdam Based Otrium. Otrium is a Startup company that has developed innovative technology to sell the unsold inventory of fashion outlets.

Online shopping has triggered a surge during the COVID-19 pandemic, by about 25% in the global market. Not all fashion retail stores are connected to the internet for selling their products online. That’s why a plethora of clothes remain unsold.

Have you ever considered what happens to this enormous amount of inventory that remains unsold?

Max Klinjstra and Milan Daniels have developed a unique idea about selling off-season fashion at a discounted price and opened Otrium, an online store for selling unsold  fashion inventory.

The main goal of Otrium, an Amsterdam-based start-up company is to reduce the amount of inventory that remains unsold. It has brought up revolutionary changes to reduce the wastage of unsold cloth and sell them at a discounted price.

However, Otrium was established in 2015, but the sale got a huge surge during the pandemic in 2019 and the company’s revenue has tripled.

It is necessary to know the success story of such a fantastic online apparel business that has changed the history of fashion.

Otrium has achieved great success and made about 120m in Series C funding in a very short period. Not only is old fashion available at the stores of Otrium, but also it has all the accessories that will match your apparel and gives you a perfect fashionable look.

Initially, Otrium started its business in Amsterdam and tied up with several garment stores that weren’t connected for selling online. Now it has started in Germany, France, US, Europe, and many other countries and achieved huge success in selling an off-season product in the global market.

Apart from the mobile app, it can also be accessed from laptops or desktops to purchase the product from Otrium stores. It has revolutionized the fashion world and gained tremendous success in selling unsold fashion inventory.

The Success Story of Otrium

The company’s founder has developed a mobile app to connect buyers and sellers in the fashion industry.

With around 3 million user base, the app has achieved great popularity and has connected with about 300 fashion brands. The great offerings and transparent pricing system have made it more successful and, in turn, get a huge demand for the products through Otrium.

Milan Daniels and Max Klinjstra noticed the problem of the fashion industry that faces the issue of the plethora of clothes that remain unsold in the season and began collaborating with the garment companies through Otrium.

They have experienced the issue of unsold garments in the fashion houses and tried to use them without wasting a piece of cloth.

Otrium’s partnership with fashion companies helps the branded product to be more visible among internet users and allows them to sell at lower prices to reduce the inventory.

Moreover, the fashion industry has given complete authority to Otrium to formulate the pricing and advertisement for unsold items for selling off-season collections in high demand.

Otrium does not tend to sell only obsolete items that are unable to fetch the attention of users for a long time, it removes them immediately, and it does not force customers to purchase a product without their satisfaction.

How Does Otrium Get Revenue?

Have you ever considered how Otrium gets benefits?

By selling the off-season fashion inventory, how can Otrium get profited? This question must be rising in your mind. Let’s explore how it gets such a huge profit.

Although, Otrium sells the inventory with a very less margin but still, it has gained profit.

Otrium earns its profit in two ways. The first one is it gets a commission from all the retail outlets connected to Otrium for every purchase and every transaction.

The second one is it has its own store for stocking the unsold inventory to deliver on time throughout the USA. It does not need to spend money on transportation. The order is delivered to the doorstep of customers with its own distribution store without paying any third-party service provider.

Amsterdam Based Atrium start-up company, has now expanded into the US market and many big brands are incorporated with it to earn huge money by selling off-season fashion products. It has reached 120 m series by earning through Series C- Funding.

Otrium helps their partners to know more about what product can be sold at what price and in addition figures out the prices for every product to be sold in maximum numbers.

Bond, Index ventures, and Eight road ventures help Otrium in achieving the 120m that it has gained by expanding its business in the US and more employees are hired globally to manage the business abroad.

The sale of products through amsterdam based 120m series has increased by more than 25% in recent years as people prefer to shop online rather than visit fashion houses.

Zuhair Washington, who is leading the expansion of Otrium in the USA, said that it has upgraded the clothing brand to deal with the excess inventory with a fresh new style.  The whole attire can be sold with ease with the help of the e-commerce platform Otrium.

This platform enables sellers to reorganize their products, what could be sold and what can not be sold out in the market.

More than 300 brands have collaborated with the Amsterdam-based Otrium which brings it to the height of success. Let’s have a look at some brands that have incorporated Otrium to make their product more visible and get more profit.

What is The Main Goal Of Amsterdam-Based Otrium?

Fashion is one of the most crucial industries as you are defined by the way you have dressed up, and how you look. In order to reach out to the maximum number of people, the brands produce more and more fashion products.

Unfortunately, the number of items sold is lesser than the number of items that remain unsold in the inventory. This makes a huge loss to the brands, followed by the total waste of the goods. The founders of Otrium created an android app that allows brands to sell their unsold products at a bit lower rate in order to consume the maximum number of goods. The innovative technology of Otrium helps brands to find a potential customer for every item and to reduce the wastage of money and effort.

About 300 million customers have registered on the app to get trendy looks at a minimum price. The brands which have tied up with Otrium got rid of stocking the unsold apparel and the number of unsold items can be reduced.

A 100% cloud-based enterprise working remotely in around 20 markets around the globe. Besides the Netherlands now it has expanded its outlets geographically in several other countries South Africa, the USA, Asia, and Eastern and Western Europe.

It provides a frictionless experience to its customers, employees, and business partners in order to avail of the benefits of online marketing of off-season items that are to be sold on the platform.

The online marketing technology of Amsterdam Based Atrium automates processes of selling and transactions. The best part is it enables fashion outlets to establish online marketing very easily and efficiently in the global market.

About 6.7 million inventory fashion items are sold and saved from dump fills through this amazing platform, Otrium. It gives brands total control over pricing, visibility, and inventory that allows brands to sell their access items without degrading the quality of the products.

Amsterdam-Based start-up company Otrium has achieved specialization in selling excess or unsold inventory and plans to expand its global reach.

The Main Policies of Otrium

Some important mantras of the Amsterdam Based 120 m series Otrium that make it more successful are mentioned here:

The Achievement of The Amsterdam-Based 120 m Series, Otrium

The growth of any business can be gauged by the number of investments and earnings in the financial year. Let’s disclose the achievement of the Otrium;

It is well said that the right people with full expertise make a smaller business even bigger by implying more innovative ideas to take the business long in the corporate world. Amsterdam Based Atrium is the perfect blend of all the factors mentioned above and gained tremendous success in selling the unsold inventory of fashion items online. This platform makes famous brands within the reach of everyone without the worry of affordability. 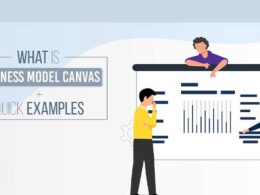 When and How Should You Rebrand Your Business?

You might think it’s time to rebrand your business, but you have always heard that it’s not the…
byAlex Jones

How to Build Relationships and Strengthen Team Spirit with Remote Workers?

Covid-19 made us work at home. Later, some workers came back to offices, but some of them kept…
byAlex Jones Real Estate in Dubai Hills Estate, the UAE, as An Object of Investments