Internet » How to Use Public Wi-Fi Safely

Finding public Wi-Fi can be “life-saving” in certain situations, such as when you’re lost or need to communicate with someone urgently. However, public Wi-Fi also comes with some significant risks that can cause harm to your device. Mitigating these risks begins with learning how to use public Wi-Fi safely.

You may have heard about the dangers of public Wi-Fi in the past, but do you really understand them? This article will help you do that. Let’s take a look at why public Wi-Fi can be so dangerous and go into detail on how you can protect yourself from potential vulnerabilities.

Why is Public Wi-Fi Dangerous?

Calling public Wi-Fi dangerous is a bit misleading nowadays, as there’s a very slim chance that you will get hacked. When speaking of public Wi-Fi, it isn’t so much that it’s outright dangerous; it’s just more dangerous than a private network you might have at home. Thus, it would be best if you were a bit more careful when using it.

More experienced hackers can find loopholes in any network, especially public ones. After all, public Wi-Fi networks aren’t always encrypted. Even if the public Wi-Fi uses WPA2 (Wi-Fi protected access 2), anyone with the password can snoop on the packets transferred on the network. No matter how rare this is, it certainly calls for caution.

Some more attacks that hackers could pull off over public Wi-Fi networks include:

Keep in mind that these threats aren’t exclusive to public Wi-Fi, but they might be easier to execute through public networks.

It’s Safer Than You Think

Despite its risks, public Wi-Fi has come a long way in terms of safety over the last decade. There is one primary reason for that: HTTPS became widely accepted by the internet, making network communication significantly more secure. With HTTPS, other people on the network can’t track what you’re doing. With that, it has made man-in-the-middle attacks far more difficult to pull off. However, if you act irresponsibly, you can still put yourself in danger.

Thankfully, being connected to public Wi-Fi doesn’t mean that you will surely get hacked. It just means that you should be careful and implement some security measures to maximize the safety of your device and data.

The ultimate security measure would be not to use public Wi-Fi at all. If possible, connect with your hotspot, especially if you plan to use sensitive services like banking, government accounts, or similar.

For the times when that isn’t practical or possible, here are some tips for maximizing your security:

Public Wi-Fi may not always be encrypted, but that doesn’t mean that you can’t, at least somewhat, encrypt it manually. Using a VPN is by far the best way to encrypt a public network. A VPN will put an extra layer between you and potential threat actors.

It will completely mask all your activity on websites and applications. This happens because your device will only use Wi-Fi to connect to the VPN server. Once that is done, the VPN grants you a private IP address, allowing all your activity to stay hidden.

If, for some reason, the VPN route isn’t possible, at least store all sensitive data you have on your device in an encrypted file before connecting to a public network.

While HTTPS has become the gold standard for the internet, not all websites have it. While a website not using HTTPS doesn’t necessarily mean that it’s malicious, it’s certainly a red flag. What’s more, even if it isn’t malicious, hackers will have a far easier time exploiting it, and you could be a potential victim.

HTTPS indicates that the website is encrypted, meaning that people connected to the same network as you won’t be able to “sniff” the data transferring between you and the website.

Google Chrome makes it very easy to spot non-HTTPS websites, labeling them “Not Secure”. On Firefox, you can enable the “HTTPS-only mode” when using a public network.

When you’re connected to a public network, avoid sending files, data, or text containing private information such as names, passwords, credit card numbers, etc. In the case of a sniffing or malware attack, threat actors could gain access to this information and use it to cause further damage.

With the emergence of WPA2, HTTPS, and other security measures, public Wi-Fi networks have become significantly safer over the last few years. However, the risks are still there, and you should always be more careful on public Wi-Fi than you are with your home network.

Please make sure that all websites you visit have “HTTPS” at the top (which is important at all times, not just when connected to public Wi-Fi), always use additional encryption, and never share any personal information over a public network!

Also, Read This: Four Easy Cybersecurity Steps to Buff Up Your Online Safety 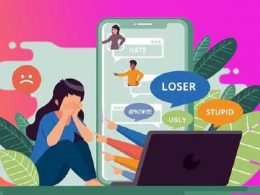 How Students Can Protect Themselves in Cyberspace

In the online world of information technology, there will always be security vulnerabilities. If the cybersecurity issue becomes…
byAnkit

Vzwpix.Com: The Basics of Functionality and Features 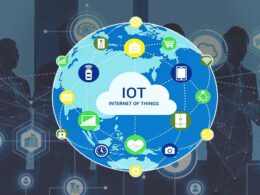 The Main Benefits of IoT Technologies

Today, most people are talking about the Internet of Things or IoT technologies and the changes this technology…
byAnkit 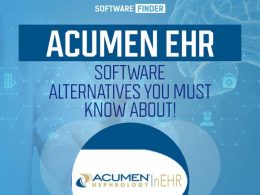 Acumen EHR Software Alternatives You Must Know About!