Internet » Why is Bandwidth Important to Internet Users?

Why is Bandwidth Important to Internet Users?

Bandwidth is an integral part of digital communication and comes under the umbrella of digital networking that is the bit value of the presented or averted information capacity. To make it simple, bandwidth helps in data transferring. It is the specific amount of data that can be carried between two points in a certain time. It was initially expressed in the bits per second “bps” but in the modern-day world, it is now measured in Megabits per second “Mbps”. Another unit, known as gigabits per second (Gbps), is also used now, which is the fastest available domestic bandwidth currently.

Not all internet providers offer a good speed and Gigabits is a relatively new concept for many, but larger brands have successfully switched to this speed too. For example, HughesNet offers a range of speeds in the USA from 50 Mbps to 50 Gbps in a variety of bundles with internet, phone, and cable TV services. Several other internet providers are offering a range of services around the internet, cable TV, streaming TV, and applications for ease of use.

Why Does Bandwidth Matter?

Bandwidth is very important. It will determine how fast you can browse the web or how fast the web pages you visit load. It is essential for a smooth internet surfing experience. Websites with HD pictures, videos, or good quality graphics will take more bandwidth to load and present results. Generally, this kind of website will require about 50 Mbps or more internet speed to work effectively. Similarly, a simpler website will require lesser of that bandwidth. In short, the amount of ideal bandwidth depends on your usage. Lower bandwidths can support regular home usage that too if you do not use websites or stream videos on high bandwidth-consuming sites such as movie sites or downloading heavy software like Adobe Photoshop or Illustrator.

Higher bandwidth will make the experience smoother, whether at home or work. It is an absolute necessity in today’s time because of mobile applications and internet usage on handheld devices. Today’s websites are way more advanced than websites were in 2010 hence they require a good internet connection. It is also vital to improving the overall user experience, so it can be a smooth sail.

Math Munching – How Much Bandwidth Do You Have?

This tricky question requires you to crunch the numbers. Do not worry, we have done that for you but if you want to go in-depth just grab a pen and paper. You can find out what speed you are receiving by performing an internet speed test. There are multiple sites to do this but two of the most used sites are fast.com and speedtest.net. They say, Maths keeps your brain going, so let’s dive into this.

Let us say you are pulling up a speed of 13.5 Mbps for downloading which means you can download 13.5 Mbps of data in one second. For the basics, you should know that 1 gigabit = 1000 megabits which = 1,000,000 kilobits. There are thus 8 bits per byte so in 13.5 Mbps (megabits per second) there are 1.6875 (Megabytes per second). At this kind of speed, you can easily download a movie in full HD which is at most 3 gigabytes in half-hour with the 13.5 Mbps speed that you have. How?

As 1.6875 megabytes per second * 1800 seconds = 3000 MB which also equals the 3 GB of the speed that is needed to download this movie.  A full HD movie in half an hour is not a bad deal. There are however some other sides to this equation, which are not mathematical. An example would be “how many people are using this speed” “what if another movie is being downloaded” “why did the half-hour download take an hour”.

The main reason for all this could be internet usage. If other people in the home are using the internet at the same time as you are, for the same kind of reasons like streaming or watching YouTube then you won’t get the total speed as calculated above, rather it is divided now for all the people at home using it. Only if the same speed is being used for low bandwidth items, it would let the movie download successfully but if two movies were being downloaded at the same time then the bandwidth will divide among the two. This means you will need more bandwidth for more extensive usage such as 20 Mbps or more. This entirely depends on the individual’s needs.

It is important to know what your usage is which will help you in picking the right internet package. For light web browsing and checking emails, a basic internet package will do, while watching YouTube videos, streaming, gaming, or anything heavy on the internet will require a heavier package or a higher internet speed. Packages ranging from 10 GB to 50 GB data plans come at prices ranging from $60 to $150. Many internet providers offer great deals and useful information on their websites to help you decide. You can head onto your internet provider’s web page or call their customer service helpline to know more. Until next time, take care Netizen! 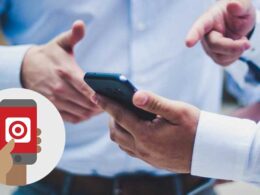 How to Boost Your Wi-Fi Signal for Faster Internet Speeds

Suppose you face a problem with a weak Wi-Fi signal. However, in most cases, it refers to the…
byAnkit 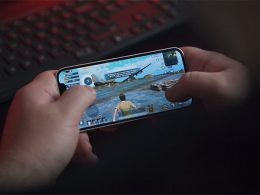 What is PUBG: New State? PlayerUnknown’s Battlegrounds: New State is yet another fantastic mobile game for gamers to…
byAnkit

Comprehensive Guide to Zoom Sign Up and Login Process

Zoom has proven to be a very helpful app in these pandemic times. It is a lifesaver for…
byAnkit
1 share
0
0
1
error: