Facebook Won’t Stay In — Learn How To Fix It

You are not alone if you are experiencing issues with Facebook’s dark mode. The functionality on many users’ smartphones has abruptly ceased functioning, according to complaints from users all over the world.

Others have described an even more bizarre example in which the option to enable dark mode was completely removed from the FB app, while for certain users, Facebook won’t stay in dark mode as planned.

The fact that this bug appears to be playing cat and mouse with the social media juggernaut is even more intriguing. Facebook always replaces it after a week, just for it to vanish once more. Numerous users have complained that the Dark Mode is either missing from or not functioning in their Facebook app even as of the time that this article was being written.

The option to enable the dark theme on Facebook is the ideal illustration of inconsistency. Its DNA was programmed to have an impact on the Dark theme setting whenever a new bug was released, which happened every other day.

This comprehensive blog post will inform you of a few clever workarounds to fix the issue of Facebook’s dark mode not working. If you are also experiencing it, let’s check them out without further ado.

Dark mode replaces white and other bright colors with darker tones and black, which is not only easier on the eyes but can also conserve battery life in OLED screens.

In recent years, apps like WhatsApp, Instagram, and Google Chrome have all seen a huge increase in their use. Along with the option to accept the existing system settings, the Facebook app features its own variation of Dark Mode. These are the potential reasons why Facebook dark mode keeps turning off:

The app currently, however, always switches back to the standard bright setting when you launch it due to an aggravating bug. It looks that a recent app upgrade is what caused this problem of Facebook dark mode not working.

Also Read: How To Know If Facebook Is Actually Down? How To Deal With It?

How To Fix The Facebook Dark Mode Not Working Issue?

It is advised that you test each of the below-mentioned workarounds before deciding which one is the key to your achievement. So let’s begin keeping that in mind.

Compared to its stable counterpart, Facebook’s beta version receives updates more regularly. So if the dark mode problem is caused by a server-side bug, it would be fixed in the beta build or might already have been.

So it is advised that you sign up for Facebook’s beta testing program and then see if it works for you or not.

It could be problematic for the app in question if the app data becomes corrupt. As a result, you might want to think about wiping this data and starting over. Here is one possible approach:

As of right now, this feature might be our best option. Every Android device comes with a hidden Dark mode setting that would force enable the Dark Mode in every app. Let’s put it to the test and see how it performs.

As weird as it may sound, numerous customers report that activating the “Upload HD video” function causes the Dark Mode to return. Let’s test this modification and then see what happens.

Now, see whether that resolves the missing or malfunctioning Facebook Dark Mode issue.

In rare cases, the developers can release a problematic update that would immediately harm the most recent version. You should think about reverting the app to a previous stable version in such circumstances. Here are the steps to do the same::

Launch Facebook after that to see if the Dark Mode issue has been resolved.

Facebook Lite should be your final resort if none of the aforementioned fixes were successful for you.

Even though it may lack some features, it has ensured that all the crucial needs are met. Additionally, you won’t have any trouble turning on the Dark Mode. So, let’s test out this fix and see what happens:

All done. You can use any of these six techniques to resolve the Facebook Dark Mode not working or missing issue.

Most of the time, you can activate dark mode just by following these steps:

Step 1: Locate Settings & Privacy at the bottom of the Menu.

Step 3: You should see Dark mode last under Preferences. You may turn it on here, and it should immediately alter.

The dark mode is an optional feature that modifies an app’s UI background. In Facebook’s dark mode, the background switches from white to black. In low light conditions, it can aid in lowering device glare.

Dark mode is still supported by Facebook. Although some users have noticed the feature missing, Facebook has always addressed the issue with an update to the app or the server side.

Start by clicking your profile photo in the top-right corner. After that, click Display & Accessibility. The first choice is dark mode, which can be configured to match your system settings or be always on. 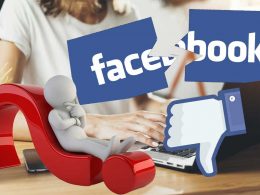 How To Know If Facebook Is Actually Down? How To Deal With It?

Everything You Need to Know Regarding Facebook Jail Including How to Get Out of it?

Have you ever wondered what this term ‘Facebook Jail’ means? If yes! Then, today you’ll surely get a…
byKhushboo Chhibber Well, well… Who hasn’t heard of Facebook in today’s time? At this point, it will be pretty uncommon…
byJanvi Panthri