What is Lateral Flow Dispenser – Everything You Need to Know!

The Lateral Flow Reagent Dispenser is a cost-effective and dependable way to dispense chemicals onto membranes or paper. This reagent dispenser is excellent for Lateral Flow or paper-based fluidic application development or small-scale manufacturing. The Dispenser for lateral flow uses a syringe pump to apply reagents on nitrocellulose.

Experience means that developed and proven procedures and processes are used, regulatory concerns are taken into account, and market criteria are established and followed. This way automation guarantees that the devices designed and manufactured provide reliable data time after time, with ease.

Because of its simplicity and low cost, the automated reagent dispenser was initially successful as an automated liquid handling device. Its present status as a critical dispensing tool in labs that need to fill microplates and assemble assays is based on its evolution to satisfy changing demands, notably, assay miniaturization.

Most modern reagent dispenser systems have a solenoid valve, with many of them being pressurized. The majority of them can handle 96, 384, and 1536-well plates with volumes of 0.5L and more.

As the name suggests, a reagent dispenser is liquid handling equipment that can add bulk reagents to microplate wells. They typically feature an eight, twelve, sixteen, or even twenty-four-channel head, and liquid is distributed into wells column by column. However, certain instruments now allow for row by row or even individual well dispensing.

Most lateral flow dispenser machine allows you to specify which rows you want reagent supplied to (i.e., you may deselect rows for control), although it’s fairly common for all wells to get the same reagent or solution containing cells.

Peristaltic pumps with a single reagent source (back-filled) from a shared reservoir formed the foundation for the first automated reagent dispensers. Some bulk reagent dispensers featured a single manifold from which numerous dispensing channels emerged, whereas others had a distinct fluid route for each channel and were delivered as disposable fluidic cassettes.

The reagent dispensers are created after considerable collaboration with top pharmaceutical experts. They are mostly intended to address these issues across a wide volume range (20nL to 100L). It provides extremely precise and consistent dispensing of biological materials into all types of microplates, including those with evaporation wells and channels around the edges.

It may be set up to discharge any pattern, including curves. The dispensing mechanism of the reagent dispenser is based on a solenoid valve, which is meant to operate with great dependability and low clogging.

The valve’s reduced fluidic channels allow cells to pass through undamaged; accuracy is generally 2% CV over a 1,536-well plate when dispensing cells at 500nL, with over 95% vitality.

The user has complete control over the dispensing pressure and volume, allowing for the most efficient dispensing of detergents and very viscous oils. The lateral flow dispenser can be employed as a stand-alone device or as part of a robotic platform that is automated.

It’s modular in design, with choices for auto-calibration, tip cleaning, plate stackers, and cooling racks, and it may be expanded to a four- or eight-channel system.

The capacities, efficiency, and software management of today’s reagent dispensers are far superior to those available in the past. Many things that consumers previously only imagined are now in application.

Improved lateral flow reagent dispenser dependability, on the other hand, appears to be an elusive aim; however, it remains the most significant, particularly among high-throughput customers, and has a significant impact on the future.

Time will tell if the new generation of reagent dispensers sufficiently addresses these problems and whether genuine industrial standard dependability has now been reached. For the foreseeable future, bulk reagent dispensers will undoubtedly be commonplace in all labs that require rapid plate filling.

How Does the Automated Lateral Flow Reagent Dispenser Work?

Individually addressable channels enable each tip to dispense any amount into any well on a plate, allowing for more flexibility in reagent dispensing. Tip clogging, on the other hand, continues to be an issue for which appropriate solutions are only now emerging.

In terms of capability, performance, and software control, today’s automated lateral flow reagent dispenser is far superior to those available some years ago.

You can try the lateral flow dispenser if you think that it can sufficiently solve these problems. For the foreseeable future, laboratories that require quick plate filling will require reagent dispensers.

Now finally you can select the best lateral flow dispenser after reading this guide. Happy searching! 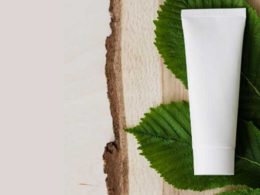 There are all sorts of thrilling advancements in the skincare realm nowadays. You can get all kinds of…
byAbby Hill 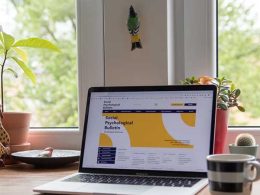 A web page is a constitutive part of most businesses. It contains the most crucial information about your…
byAbby Hill 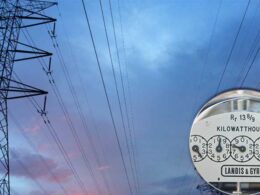 Fixed or Regulated Traffic Price for Your Electricity Bill?

Since the November 2018 Open Electricity Market Act, consumers were presented with more options in terms of suppliers.…
byAbby Hill

Are you wondering if Oris watches worth the money or something similar? Is this brand a high-end timepiece?…
byAbby Hill
error: