The extraordinary reign of Queen Victoria began when she was just 18 years old and coincided with a period of huge national transformation. After marrying her first cousin Prince Albert of Saxe-Coburg and Gotha in 1840, the pair would have 9 children who were helped to marry into royal families across Europe. On the throne during the height of the British Empire, Victoria effectively ruled over a quarter of the world.

As monarch, she was keen to utilize the influence the position afforded her, as well as re-shaping the public perception of the Royal Family by emphasizing the importance of civic duties. As patron of 150 institutions, she helped suppress anti-royal sentiment through her engagement and sense of personal morality.

As the longest-reigning British monarch, Queen Elizabeth II has almost become an institution in herself. Much like Queen Victoria, her relentless commitment to a life of service has earned her respect from all but the most diehard republicans. She has traveled more extensively than any other monarch including numerous tours of the Commonwealth.

Although never one to attempt to exert political influence, her many charitable patronages have proved vital in regards to publicity and recognition of their invaluable work. During the more tumultuous periods of her reign, the Queen’s unflappable nature has been a calming influence and has ensured the durability of the Royal Family for the foreseeable future.

In stark contrast to her sister, Princess Margaret’s power came from her reluctance to play the royal stereotype. Her hedonistic tendencies led to her becoming a tabloid regular, adding a touch of Hollywood glamour to an otherwise buttoned-up institution. The fact that this was played out against a backdrop of drab post-war austerity only heightened her appeal.

Her troubled personal life and struggles with ill-health no doubt resonated with the public, lending her an air of vulnerability not usually associated with members of the Royal Family. The public sympathy surrounding her inability to marry the divorced Peter Townsend in 1955 is credited with a change in attitudes and the eventual creation of The Divorce Reform act of 1969.

The global fascination with Princess Diana was both a blessing and a curse. The smothering attention she received played a key role in her death in 1997, but also provided a platform for raising awareness of humanitarian struggles close to her heart. She helped shine a spotlight on issues such as AIDS and homelessness as well as advocating a ban on the use of landmines. Her acknowledgment of her struggles with bulimia helped de-stigmatize a disease often shrouded in shame and guilt.
Her interactions with the public conveyed warmth and naturalness that helped shift the archaic, distant image of the Royal Family – she would rarely wear gloves so that she could feel closer to those she shook hands with. Her sons William and Harry have followed in their mother’s footsteps by adopting a far more down-to-earth approach providing a fitting legacy to Diana’s modernization of the Royal Family. For more insights, watch this Royal Family documentary. Importance of SD Cards in the Modern Era

In today’s technological world, memory cards are very important in every person’s life. It is a very handy…
byHarper Barton

Getting a Job After College

Every college student knows that they need to find a job after they graduate. Whether they are looking…
byAbby Hill 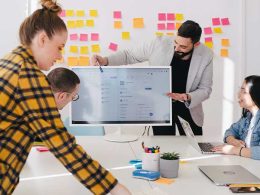 The Best Project Management Financial Tools for your Needs in 2022

Effective collaboration can make even remote teams work well. No matter what business niche you’re in, you shouldn’t…
byAbby Hill

What is Vlone and This Brand Started?

In back 2013, Vlone came into existence when different singers, musicians, and artists come together and put their…
byHarper Barton
error: