What is PUBG: New State?

PlayerUnknown’s Battlegrounds: New State is yet another fantastic mobile game for gamers to get their hands-on, and we have revealed the Advanced Controls you must have configured to maximize your PUBG New State experience.

The popularity of PUBG Battlegrounds, which was previously exclusively accessible on consoles and PC, has fueled the development of this new battle royale game.

There’s no doubt that developing a mobile game alongside PUBG Battlegrounds was a smart move on the part of the creators, and hopefully, we’ll see a lot more exclusive mobile features in the near future.

More than 40,000,000 individuals pre-registered for the game, demonstrating the enormous amount of anticipation and enthusiasm around its debut.

Advanced Controls for PUBG New State Have Been Revealed

It was reported on the official PUBG New State Twitter page that these advanced controls show how you should configure your action button settings. Several of the actions and moves in the game will become easier to complete as a result of this.

When it comes to your action buttons, the following are the settings you should have:

If the creators are instructing us on how to customize our settings, we must follow their instructions since they know the game better than anyone else and the action buttons are set up in a way that makes your gaming experience easier and more enjoyable.

We’ve also revealed the system requirements for this game, which are the same for users of iOS and Android devices, respectively.

Why is It Important to Update Your PUBG?

As previously stated, the purpose of the new update is to increase anti-cheat procedures to minimize unfair activities in the game. New anti-cheat mechanisms will be included as part of the update, which will aid Krafton in identifying and apprehending hackers and cheats in the game. Krafton is also well-known for suspending or banning players who are discovered to have cheated or used improper tactics to get an unfair edge in the game.

The update has also been termed the ‘Essential Upgrade’ by the firm, which indicates that it is a required update for Android gamers. For new State players to be able to play the game, they will need to upgrade the game. If a player does not update the game, the game will automatically send them to the Google Play Store or the Galaxy Store.

Games with a battle royale mode are now gaining popularity in the gaming industry, and PUBG was one of the first developers to build a game of this nature. The gaming community will undoubtedly find it quite fascinating to see them progress and develop a mobile game as a result of this.

We will be keeping an eye on all of the newest upgrades, and if there are any more settings you need to be aware of, we will be the first to inform you about them. A landing page is an important part of any real estate website. It is the first thing that…
byLouise Simon 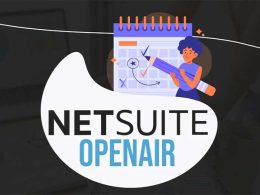 5 Key Netsuite Openair Features That Make It So Popular

About Netsuite Software  Before diving into the many features, you will find and enjoy in Netsuite Openair, we…
byLouise Simon

All that you need to know about the Xpath in selenium

Google Chrome Using High Memory- Why and How to Reduce It?

Google Chrome is considered to be the best when it is about web browsers because of all the…
byKhushboo Chhibber
1 share
0
0
1
error: