Internet » Software & Application » What is .Net Core and How is It Different from .NET Framework?

Internet » Software & Application » What is .Net Core and How is It Different from .NET Framework?

What is .Net Core and How is It Different from .NET Framework?

Every developer who works with Microsoft tools has heard of .NET Core more than once. Someone has even managed to work with this framework and find out its disadvantages and advantages. In this article, we will learn more about this Framework and compare it with the classic .NET Framework that we have long known and loved.

Someone heard about .NET Core only by hearsay, someone has been using this Framework for a long time. But no doubt there is a huge percentage of people who just don’t have the time to deal with it. Therefore, this article will be a real helper in the knowledge of .NET Core.

If you are just looking for experts who can help with this framework, then .net development services are your best bet.

.NET Core is an implementation of the .NET standard that, like other implementations such as the .NET Framework or Mono, includes everything you need to build and run applications: such as compilers, core class libraries, or a virtual machine or runtime. which provides the environment in which applications run.

In other words, with .NET Core, you can create an application using languages ​​such as C# or VB.NET, use base classes such as a regular string, int, or List<T> in it, compile it to CIL bytecode, and run it on your computer.

.NET Core is New and Written from Scratch

.NET Core is in many ways a reboot of the .NET Framework and had to be rewritten from scratch. Obviously, APIs already standardized and known to all developers were used, but many components were re-implemented internally to achieve the ambitious goals that were set during its development and which we will see in some of the following paragraphs.

Although some components of the classic stack, such as ASP.NET MVC or the Entity Framework, were released under open source licenses, the .NET Framework was not a completely open platform and still has parts distributed under proprietary licenses.

.NET Core is a completely open-source project from the very beginning. In fact, even though the project is officially directed and maintained by Microsoft, it is owned by the .NET Foundation and has hundreds of developers from all over the world who are actively involved in its development and contribute to the infrastructure in any way.

Without a doubt, one of the features of .NET Core that sets it apart from its predecessors the most is its real ability to run on multiple platforms, including ones that were unthinkable just a few years ago, such as Linux or macOS.

SDKs and runtimes are available for a wide variety of operating systems and distributions (Windows, macOS, Ubuntu, RHEL, Debian, Fedora, CentOS…), allowing you to develop and run applications on any of the supported platforms. So it would now be entirely possible to, for example, write a Windows application and run it on a Mac, or develop it on a Mac and run it on a Debian Linux distribution.

Similarly, it is compatible with various processor architectures such as x64, x86, or ARM, allowing it to be used in various types of devices.

The .NET Framework is a monolithic building block that has grown over time and becomes unwieldy. For example, different versions or revisions update the entire framework, often overwriting previously installed versions (with the problems this can cause). Also, they are often quite far apart in time because they are full updates to the framework.

Instead, .NET Core consists of various parts distributed through NuGet packages. Thus, bug fixes or improvements to individual components can be distributed and updated independently of the others, only by updating the corresponding package. Undoubtedly, this is a much more flexible and efficient model than the previous one, which allows for a significantly accelerate in the pace of evolution.
For example, if you are engaged in real estate and you need a high-quality web product, then you can safely use the services of https://fireart.studio/real-estate-website-development-company/ which work with a large number of frameworks, including. NET Core and get cool results. 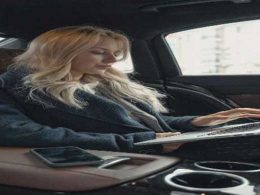 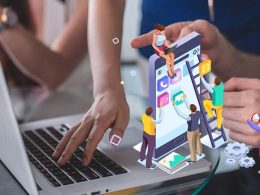 Proper time management is the key to efficiency. What does this mean? For example, you are going on…
byJanvi Panthri 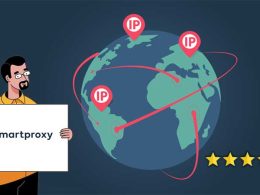 In just four years, Smartproxy made an impressive entrance into the proxy market. Acclaimed by Techradar and Proxyway,…
byAnkit 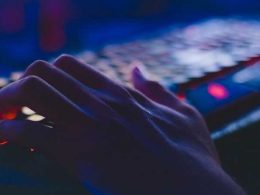 Cloud or Local Solutions—Choose the Right One for Your Company

Among the system solutions in enterprises, there is a choice of cloud-based or local solutions. It is worth…
byJanvi Panthri
error: