Internet » \What is Identity Security in Cloud Computing?

\What is Identity Security in Cloud Computing?

Identity theft is a major concern for consumers who use online banking and similar financial tools. The cloud has become ubiquitous in our digital lives, but it can also be used as a tool for cyber criminals to access personal data. In this blog post, we’ll explore identity security in cloud computing and discuss steps you can take to protect yourself against identity theft.

Cloud Computing is the Ability to Access Files, Applications, and Services Remotely via a Secure Internet Connection.

The Cloud has Become Ubiquitous in our Digital Lives.

The cloud has become ubiquitous in our digital lives. It’s a way to access files, applications, and services remotely via a secure Internet connection. Cloud computing is not a new concept; it’s just been refined over time. The idea of using the cloud as a way to store data has been around since the 1960s when large-scale mainframe computers were first used by businesses and government agencies.

Today, businesses rely on cloud computing as part of their everyday operations for everything from storing data to running their websites. Consumers can also use the cloud to store personal information including photos, videos, and financial records securely online through third-party providers such as Google Drive or Dropbox

Identity Theft Remains a Top Concern for Consumers Who Use Online Banking and Similar Financial Tools.

In today’s digital world, identity theft has become an increasingly large problem. Identity theft occurs when someone uses your information (such as your name, address and credit card number) without your permission. This can result in harm to you both financially and personally.

Identity thieves often gain access to personal information through weak security standards on websites or applications that were designed with insufficient protection against cyberattacks. By exploiting these weaknesses, hackers are able to gain access to sensitive financial info like banking credentials or even more sensitive personal data such as government-issued identification numbers (DOBs).

Once an attacker has gained this kind of access, they may be able to create new accounts using the data they’ve obtained from their victims—and those accounts could end up costing consumers thousands upon thousands of dollars if left unchecked!

There are Other Security Vulnerabilities That Can Lead to Identity Theft.

There are other security vulnerabilities that can lead to identity theft. If a hacker can gain physical access to you or your devices, they may be able to obtain sensitive personal information that way. For example:

Security Breaches are Not Limited to Technology Companies.

For example, a recent study by Ponemon Institute found that healthcare organizations suffer from a high rate of security incidents: 1,000 per 10,000 employees per year—more than double the average rate for public and private companies overall.

Data breaches can happen intentionally or unintentionally. They can be caused by malicious software like viruses or worms (“cyber attacks”), a human error such as accidentally sending confidential information to an unauthorized person (e-mailing confidential documents), or fraud (credit card theft). Data breaches can also be caused by natural disasters such as hurricanes or fires that damage servers containing sensitive data.

Identity verification is a process that helps to identify the individual. It’s important for security, privacy, fraud prevention, and compliance.

Identity theft is a growing concern for all of us. The good news is that there are many ways to avoid becoming a victim. By understanding how your data gets into the wrong hands and taking steps to protect it, you can keep yourself safe from identity theft. Some common steps include avoiding public Wi-Fi networks, changing passwords regularly, using strong passwords with letters and numbers (not just ones like “password”), and being careful about clicking links in emails or text messages from unfamiliar senders. 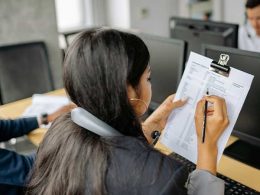 Yes, PDF was created in the early ’90s, and sharing of documents between different devices used to be…
byAnkit

Facing a Slow Internet? Here’s The Troubleshooting Guide to Speeding Up

Can you imagine a day without the internet? At least I can’t. The Internet has become an inevitable…
byAnkit 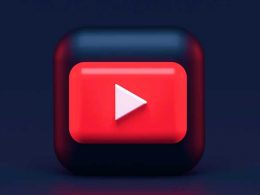 How to Stop People from Stealing Your Videos

Digital marketers are always looking for new ways to market their products and services. Video marketing is a…
byAnkit 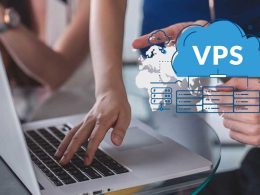 Pros and Cons of cPanel on VPS

When you purchase a VPS, one of the questions you have to answer is how you are going…
byAnkit
error: