All Mac users will agree to the fact that when we keep typing in flow, we tend to get stuck whenever there is a need to type the degree symbol. Well, because, unlike most common symbols that you can easily find on your Mac’s keyboard, the ° degree symbol doesn’t have a dedicated key for it.

So, it’s quite clear that typing the degrees symbol on a Mac, or any computer, may seem like a big mystery because it’s not visible on the keyboard, but it’s really not!

Discussed below are four different methods you can use to type the degree sign (°) on a Mac. So, follow to know which one is fastest and best suited for you—

Before going straight to the methods, let us give you a brief idea about the degree symbol, its uses, and some examples.

The degree sign or icon, composed of a small superscript circle like (°), is a typographical symbol used to represent degrees of arc (e.g., in geographic coordinate systems), hours (e.g., in the medical field), degrees of temperature or alcohol proof among other things.

From the above examples, the degree symbol can be used in various cases such as when we are dealing with angles, or when we have to deal with temperature and use Celsius degrees. Also, it is a common coordinate degree sign.

So, to be precise, the degree symbol is prominently used to indicate measurements of temperature, angles, and coordinates.

However, when students or people related to mathematics, physics, or different types of calculations may need to type the degree symbol, they cannot find it directly on the keyboard.

But as already said there are actually a few methods to create the degree symbol and finally down below we are going to show you how to do it on a MacOS keyboard!

Method 1: Use the Emoji & Symbol Keyboard to Type Degree Symbol on Mac.

So, in order to use the emoji & symbol keyboard to type the degree symbol on Mac, you need to follow these steps—

Alternatively, you can press the ‘Control + Command + Space’ shortcut combination to open up the emoji keyboard.

Method 2: Use the Keyboard Shortcuts to Type Degree (°) Symbol on Mac

While the method of using the Emoji and Symbols menu is not too difficult, there is an even easier way and that is you can use these 3 dedicated keyboards shortcuts to type the ° symbol in macOS.

[Note: Here, it’s worth noting that the larger symbol (Shift + Option + 8) is the actual degree symbol and the smaller symbol (Option + K) is the keyboard shortcut to type the diacritic mark (˚), which looks similar to the degree symbol, but is smaller, and the usage is different. So, despite that you can use (Option + K) to imply degrees in your documents, we’d suggest sticking with the (Shift + Option + 8) shortcut.]

Note: This also looks very similar in appearance to the degree symbol, but is actually very different in usage. So, despite the fact that you can use (Option + 0) to insert a degree symbol in your documents, we’d recommend using the (Shift + Option + 8) shortcut.

These aforementioned keyboard shortcuts are universally supported and can be used everywhere to type in Mac OS X, no matter what app you’re in on the Mac. Basically, you can type the degree symbol, whether in Messages, Word, Pages, Safari, Chrome or any other text editor or word processor, as long as there is a text entry point.

Bonus Tip: You can see below the degree symbols under different keyboard layouts.

Refer to this table to find the Degree Symbol for your Mac Language Keyboard:

So, it would not be wrong to say that typing a degree symbol on a Mac or any computer is actually quite easy if you know the proper keyboard shortcuts.

Method 3: Use Text Replacement to Type Degree (°) Symbol on MacOS

In addition to the (Shift + Option + 8) keyboard shortcut, which is a fairly easy way to type the degree symbol on a Mac, if you’re looking for an even more intuitive method to do so, you can use the text replacement feature.

Having said that, follow the given steps to use text replacement to automatically type the degree symbol on macOS.

Now, whenever you type “:deg” and press the spacebar, macOS will automatically replace it with a degree (°) symbol.

Lastly you need to know that New MacBooks, as well as new Apple keyboards, have a Globe key along with the Fn (function) key. Using this, one can quickly open up the Emoji & Symbols keyboard and type the degree symbol.

So, it is entirely up to you which of these methods of typing ° degree symbol on Mac are you going to use from now on!

FAQs: How to Find the Degree Symbol (°) on a Mac Keyboard?

Q: How Can I Insert the Symbol for Degrees Celsius or Centigrade and Fahrenheit If My Keyboard Does Not Show It?

A: To insert the symbol for degrees Celsius or centigrade and Fahrenheit in the text regardless of your keyboard layout, you can use the following:

Q: How to Enter the Degrees Symbol (°) Using the MacOS Keyboard Viewer?

A: To enter the degrees symbol (°) using the macOS Keyboard Viewer, perform these steps:

Q: How to Enter the Degree Symbol with a Character Viewer on MacOS?

A: To enter the degree symbol with User Character Viewer on macOS, you need to follow these steps:

A: Although the 3 signs which look like a degree symbol for temperature, (whether that is Fahrenheit, Celsius, or Kelvin), as typed on a Mac keyboard look the same, they are actually completely different symbols and thus there are three ways to type it.

So, you technically need to use Option + Shift + 8 for degrees related to temperature, but visually the other symbols also look quite similar, even though they are different. The DIY (do-it-yourself) repair guides have garnered a lot of traction over time. You can find blogs, step…
byJanvi Panthri 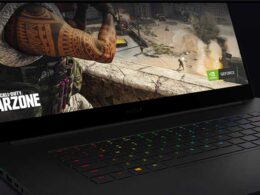 Things to Consider Before Buying a Gaming Laptop

With so many gaming laptops available, it can be really hard to choose a good gaming laptop. If…
byJanvi Panthri 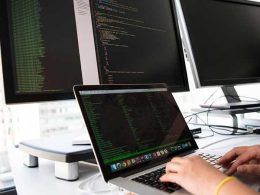 What is the Difference Between A Microprocessor And A Microcontroller?