Apple » iphone » How to Add People to a Group Text on iPhone?

Apple » iphone » How to Add People to a Group Text on iPhone?

How to Add People to a Group Text on iPhone?

Before you add someone in a group text on your iPhone, I think, you should know the type of group that exists on the iPhone. Although, it is not possible to select which group text to create; it is only for knowledge purposes.

Yes, you cannot choose the type of group chat; based on your network connection, settings, and carrier plan (the provider of your mobile network), the Messages’ application will automatically select the type of group message to send. There are three types of group chats: Group iMessages, Group MMS, and Group SMS.

Here are two examples to help you understand how groups are formed, and to which group text the people will be added on your iPhone:

Now, you will think, What’s the difference between these? Well, there are some differences, the next section of the article deals with that only. After that, you will find the steps to create and add people to a group text on your iPhone, naming the group, and more.

Now that you have learned about the type of groups in the iPhone, you are ready to start adding people in a group conversation.

Stated further in the article are some basic group functions like adding someone to the group chat on your iPhone, removing them, giving a name to the group, and exiting the group.

Creating a Group Text on iPhone

Before moving to the steps to start adding people to a group text on your iPhone, I think it is logical if we first see how to create a group chat on your iPhone.

Stated below are the steps to create a group text on your iPhone:

And, with that, the message you had typed will be sent to all the contacts you have added, and a group conversation will be created on your iPhone.

Adding Someone to a Group Text on iPhone

As you must have noticed in the above section that even while creating a group, initially some people are added. However, if you have forgotten to add someone at that point, you need not worry, as you can still add people to a group text on your iPhone using an Add Contact option.

Here’s how you can add more people to your group text on your iPhone:

Giving a Name to a Group Text

You have created the group, added people to that group text. Now what? Now, you have to name the group you have created, as I am firmly positive that you will also be thinking about how to change this ‘N People’ group name to something meaningful.

Stated below are the steps, following which you can give a name to your group:

Just in case, you ever got bored with the old name of your group, you can change its name by following the steps jotted down:

Removing People From the Group Chat

Just like you can add someone from your contact list in the group text on your iPhone, the same way, you can also remove people from the group conversation. It’s never like, always in and no way out.

However, there are some conditions or rules, you can say, for removing a person from a group chat. First, there need to be at least three people in the group, excluding yourself. Additionally, if everyone in the group is an iMessage user, then anyone can add or remove people from the group. Further, a person can be removed from the group only when at least one message is sent in the group.

Now, that you know all the “Rules” let’s begin kicking people out of the group:

Now that you have learned how to add people in a group conversation on your iPhone and also, remove them, it’s time that you know how you can exit from the group yourself (Just in case you get bored with people).

But, we warned, before you remove all the group members, you need to have at least three people, other than you, in the group to leave it.

Thus, before everyone exits themselves, or you remove them all, or you yourself get kicked out, better to know beforehand how you can leave the group chat. The steps to take are listed below:

You cannot re-add yourself after leaving a conversation, but another person still in the group can add you back. No one can exit the conversation if you are only conversing with two other people. Further, even if you delete the chat, other users can still message you, and you will continue to get alerts/notifications.

The availability of platforms gives us choices, which is great. Everyone is free to choose what suits them…
byLouise Simon Everything You Need To Know About “Notification Silenced” Issue on iPhone 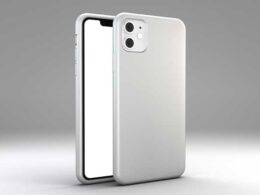 Can My iPhone’s Location Be Tracked?

Losing your phone is always an annoying situation. However, if you are using an iPhone, you can always…
byElle Parker

What Do You Need to Explore While Seeking iPhone Repair Services?

There are many things to explore if you are looking for iPhone Repair Services near you. A reputable…
byLouise Simon
error: