Internet » A Comparison Between Far Cry 6 and Far Cry 3

A Comparison Between Far Cry 6 and Far Cry 3

Ubisoft’s latest addition to the series has already been getting quite a lot of attention from Far Cry lovers all around the world. Be it the addition of Gian Carlo from the Breaking Bad series, playing the role of Antagonist, or the crazy gameplay that this series is already super popular for, Far Cry 6 is claiming to be one of the entries of 2021.

It’s been a while since Far Cry 6 has been out and I have been playing it since then, the game plays perfectly well and the gameplay is super smooth but I don’t know why I feel something is still off story-wise. And to put things into perspective, I will have to do a full comparison of this new entry to the all-time best entry to the Far Cry series, that is Far Cry 3!

I will put out everything you need to know, the goods and the bads, of both of these titles and tell exactly why and where I think Far Cry 6 still misses out on something, compared to Far Cry 3.

What makes Far Cry 3 So Good?

Ubisoft has done a great job with the map of Yara in Far Cry 6 and you have got so many options to traverse it as well. From all sorts of cars to helicopters and horses Far Cry 6 has just got it all. Far Cry 6 is a  game of great quality and the only game that it can be compared with from the franchise is Far Cry 3.

Far Cry 3 is considered the peak of the Far Cry series for obvious reasons. the game looks perfectly gorgeous with great sounds, story, characters, and map. Being a game from 2012 it still blows up my mind to see the great depth of the skills and the crafting system.

First things first, Far Cry 6 is a visually stunning game, every single detail looks too gorgeous to overlook. The tropical world of Yara looks so vibrant and equally intimidating with its warm filters to it. So how does Far Cry 3 hold up? really well… I must say. Far Cry 3 is a great-looking game, the little details like foliage on the Rook Island seem too good-looking to be true for a game from 2012.

Combat is a MASSIVE part of any shooting game and Far Cry really puts a lot of emphasis on the Combat system in the game. So, when it comes to Combat in both of these titles, I would say Far Cry 3 is so much better, the combat is so savage and intense, you could try to take on an outpost with full difficulty and only then you would realize how perfectly well executed this game is.

On the other hand, Far Cry 6 seems more like those assisted SEGA games back in the late 90s. The fact that you could headshot someone across a road or a room and the rest of the enemies won’t even react is such a hard pill to swallow for a game from the Far Cry franchise. However, the number of weapons and the way they make you feel playing with some of these make-shifts weapons can be quite fun and even incredible thrilling at times.

Far Cry has always been famous for creating some of the most memorable villains in the gaming industry and one such name that still claims the top spot for being ONE of the best villains in all of the games is, none other than, Vaas!

Although being a completely fictional character, Vaas had this personality that even the most real villains could never have. And although Far Cry 6 has introduced one of the best Villains from the movies, he already had a character and thankfully, Far Cry 6 justified his presence in the game with a strong character. So, in terms of having the best Villains, both of these entries have done a super good job of creating some of the most memorable villains of all time.

Both of these games are great and Far Cry 6 is a much-needed revival for Far Cry that this series required because after Far Cry 3, it seemed to be losing its charm with each consecutive entry. But it seems like Far Cry 6 is hanging tight up there with Far Cry 3 being just by its side. Of course, there are a lot of things that this latest entry has got on-point and I am glad it did. And if you haven’t played any of the games in the Far Cry series, I think it’s the perfect time to grab cheap cd keys with both of these games included on Gamecamp.

However, I think Far Cry 3 outshines Far Cry 6 in many aspects of the game. My personal favorite aspect is the skill tree and the general progression system started with two health bars and finished the game with six. You can acquire skills for so much in Far Cry 3, from takedowns to making yourself resilient to blasts and to reloading faster. The only aspect in which Far Cry 6 beats Far Cry 3 is of course the graphics, other than that, combat and gameplay-wise, Far Cry 3 blows Far Cry 6 out of the water.

Next, can read: Top Tips for Creating the Ultimate Gaming Room 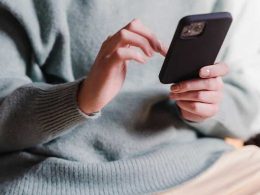 Finding public Wi-Fi can be “life-saving” in certain situations, such as when you’re lost or need to communicate…
byAnkit 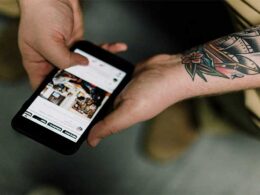 Cellphone monitoring technology is known as Cellular Spy Programs or Spyware Applications. These programs allow you to keep…
byAnkit 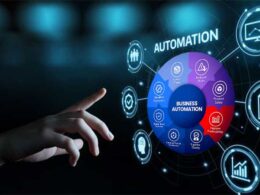 Business Process Automation 101: What is it? Always keeping a finger on the pulse in the field of development of Internet technologies is one of…
byAnkit
error: