Finance » Which Countries Availed the Maximum Benefits from the China Mining Ban?

Which Countries Availed the Maximum Benefits from the China Mining Ban?

A ban on mining or selfish mining by the higher authorities and financial organizations of China has made an exodus of Chinese miners to foreign countries. Even though this business guzzles a hell of a lot of electricity, the high market value of this digital coin has depicted that this business’s profitability will keep increasing.

Undeniably, the environment is being harmed by some amount through bitcoin mining, but this process has somehow skyrocketed the global economy. Bitcoin mining seems to be a significant factor in refurnishing the countries’ economies and offering magnificent employment to developing areas.

With the help of bitcoin mining, many Mongolians availed themselves employment, and the production of sustainable energy source that is hydropower increased in China. On the other hand, the China mining ban has benefitted a few countries due to a decrease in hash rate and the overall difficulty. Does bitcoin trading excite you as well? Then, let’s find out the countries that benefit from the China cryptocurrency crackdown.

Canada is an optimal place for cryptocurrency mining. Besides offering power sources like electricity at a much cheaper rate, the country is naturally icy. In other words, setting up a mining plant in this country saves the cost of installing coolers in the bitcoin mining rigs. You might know that bitcoin generates massive heat in the mining machines. To retain the efficiency of these mining machines, a cold temperature is necessary; otherwise, overheating of mining machines can lead to numerous mishaps.

The two largest bitcoin mining pools and an ASIC manufacturer, Bitmain, have meetings with government authorities to set up mining plants. However, these companies are forced to move out of China as the bitcoin mining hub is not supporting such actions now.

Canada is the home ground of many gigantic blockchain models and cryptocurrency exchanges. One of the places in Canada, Vancouver, is ranked in the category of bitcoin hotspot due to several bitcoin ATMs and merchants accepting digital coins as a payment method. To know more about this study, you can click on the below image:

Switzerland appears on the list of one of the early movers in the cryptocurrency industry. The country is a home ground for numerous initial coin offerings. In addition, Switzerland is an attractive place for cryptocurrency miners due to its frigid environment. As discussed above, Bitmain is the leading bitcoin mining machines manufacturing process.

Moreover, the country agreed to offer an additional discount on the electricity prices to Chinese miners. Welcoming cryptocurrency miners from China will help in cherishing the reputation of this country in the global digital coin marketplace.

Both China and United States have been active in this marketplace since its emergence. The only difference between these two is China has banned mining and virtual coin trading many times; on the other hand, the US has made a wise decision by merely regulating these digital coins. Moreover, the United States keeps developing strict regulations to prevent financial disasters.

China’s initiative to ban this highly profitable enterprise seems to benefit the US magnificently. Although so far, you might have understood the dominance of Bitmain in the mining industry, the company have their headquarters in the United States as well.

This enterprise is currently utilizing hydropower to provide energy to mining plants. Washington and Texas are the two optimal places for miners to settle down.

Texas is welcoming a large number of miners from China. Texas lacks a conventional energy source but has given heavy discounts on electricity to miners. The largest mining plant is being set up in Texas, and it will take one more year to construct this mining plant.

Undeniably a gigantic shift of miners towards this city is cherishing its economy, but the citizens face many challenges like power blackouts. Due to the heavily cold environment, a few people died devoid of electricity in the state, and bitcoin mining was alleged for such power blackouts.

The portion mentioned above depicts some countries availed maximum benefits from the cryptocurrency mining ban in China. Given the inherent issues of this new financial ecosystem, it is crucial to understand how governments and courts…
byRyan Green 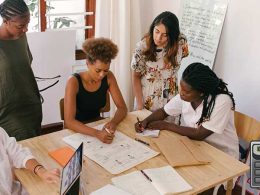 How to Prepare a Cash Flow Statement for a Startup

The balance sheet, income statement, and cash flow statement are the most important financial reports for startups. Investors,…
byRyan Green Can You Use a Credit Card to Purchase Cryptocurrency?

The modern world of technology will be highly dominated by the modern form of payment and technology. You…
byRyan Green
error: