Internet » iOS vs. Android Development: Which is Better?

iOS vs. Android Development: Which is Better?

When creating a native app, the choice often boils down to iOS or Android since they are the most common operating systems.

However, choosing one over the other is never straightforward unless you are anti-iOS or anti-Android.

But all biases aside, selecting a preferred operating system should be a methodical choice that factors multiple technological, financial, and administrative decisions.

Assuming you want to create an e-commerce or essay service app, we’ve gathered the key considerations to guide your final decision.

But first, let’s understand operating systems and what iOS and Android development entail.

What is an Operating System?

An operating system (OS) is a system that controls a computer’s (or device’s) processing activities: memory, input, and output functions. Essentially, the operating system connects the device’s hardware with the software programs running on it.

Why Does an OS Matter in Software Development?

When developing an app, you must factor in the environment — a virtual software mechanism that unifies independent components for deployment.

So, every operating system has a unique environment under which other non-native apps won’t function because they lack the supporting mechanism and library.

The most common environments for app development are iOS and Android.

What is iOS Development?

What is Android Development?

9 Factors to Consider Before Starting an App Development

We’ve already discussed app development environments and why they matter in your choice of the operating system. It’s time to switch gear to other factors that affect the choice of development platforms.

Android devices come with different screen sizes, which adds to the overall development cost and time — you have to generate and test prototypes for multiple devices. Alternatively, iOS development focuses on a few gadgets, mostly Apple-owned.

Overall, the features you add to the app determine the final integration and development cost.

After spending time and money to develop your app, you need to make returns on investments. But the monetization opportunities differ in both Android and iOS ecosystems.

Most apps in the Play Store are free due to the low bar of entry. As a result, Android app owners rely on in-app purchases, ads, and subscriptions to make money. For instance, you can let people pay for essay writing on domyessay.com and take returns from the sales.

On the flip side, users have to pay for most apps in the iOS ecosystem. So, you can gain more from app downloads and in-app conversions.

Before committing to iOS or Android development, evaluate the available tech stacks and developers in your workforce.

If you are outsourcing, this should not be a problem. But if you are using a team of in-house developers, ensure to find out their development proficiency in both operating systems.

Why is this necessary?

iOS developers use a programming language called Swift and a development environment known as Xcode. Conversely, Android developers use Java and the Google-powered Android Studio.

According to StatCounter, Android shares amount to 72% of the global app market, while iOS takes only 28%. These figures show that Android remains the dominant force in native app development.

This one is confusing, but let’s try breaking it down.

More people use Android devices because they are affordable. Developers also prefer Android development because it provides a wide range of possibilities.

However, the demographics of iOS users are career professionals who are keen on modern trends.

But in terms of popularity and overall social appeal, Android slightly edges iOS on sheer numbers.

When creating apps that collect sensitive data, you must follow extra measures to prevent third-party access, and iOS excels in this regard.

The Play Store accepts almost every app that developers submit, which means that you don’t have to worry about initial rejection. Besides, you only pay a $25 initial fee.

Alternatively, the app review process for the App Store is more stringent; low-quality apps rarely progress past initial screening. You also pay $99 to access the Store.

Despite the numerical advantage, Android users are less likely to pay for apps; they can easily find alternatives in the saturated Play Store. On the other hand, Apple users pay for apps and make in-app purchases.

According to Business Insider, 50% of Android users still use outdated operating systems because they don’t update their devices frequently. As a result, it is difficult to ensure that your app remains compatible with the current operating system.

Unlike Android users, iOS enthusiasts are more likely to update their operating systems to the latest versions, which smoothes continuity in maintenance.

Now that you have seen the key factors, you can now finalize your decision. So, let’s compare iOS and Android development head-to-head.

If you want to monetize your app, iOS takes the lead because Apple users are willing spenders. And when you are working with a limited budget, Android development is an excellent starting point for monetization.

Also, if you want your app to reach a wider global audience, focus on Android development. But if you aim to tap into the high-end consumer pool, iOS development is the answer.

Not only that, the iOS development ecosystem is more secure and regulated, which means that only top-notch apps make it to the Store. Alternatively, Android development is the Wild West.

But can you capitalize on both the iOS and Android markets?

You can. The answer is cross-platform development.

Flutter, Xamarin, and React Native are noteworthy cross-platform development tools. So, if you are low on time, you can create iOS and Android apps in one project.

The iOS vs. Android debate is not going anywhere for now. But you can limit your choice to specific factors that suit your business needs. Consider the monetization and App Store possibilities, as well as the market share and consumer behavior. And if you want a one-fits-all solution, cross-platform development is the answer.

How to Protect Yourself from Phone Scams with Phone Search Software?

The phone was a great invention, and it has made our life easier. But like every other good…
byLouise Simon 30,000 websites worldwide are being hacked daily. Reasons behind these cyberattacks could be anything from stealing visitors’ information…
byLouise Simon

How To Scrape Pricing Data Successfully?

Running an online business requires a different approach than a traditional company. You have to stay on top…
byHarper Barton 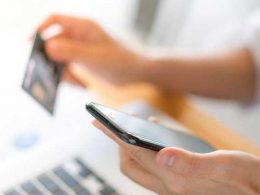 5 Reasons Why You Should Use Banking Software

This application is designed to manage your bank account yourself. But Internet banking is a slightly different concept.…
byLouise Simon
error: