Lifestyle » Rolex Air-King: All You Need to Know About the Warrior Watch

Rolex Air-King: All You Need to Know About the Warrior Watch

The Rolex Air-King was released in 1945, around the time of World War II, together with an extensive range of models for pilots. These were said to be for the British Royal Air Force and its pilots who fought and died in the horrifying Battle of Britain. Air-Tiger, Air-Lion, and Air-Giant come along with it, but the Air-Kings withstand the others.

The timepiece is known as the “Warrior Watch” due to the Battle of Britain mentioned. It is also known for its lustiness, durable and great aesthetic. It was developed to honor British Royal Air Force pilots who had worn Oyster watches during the war.

The Story Behind the Name

The Rolex Air King is named “air” as a tribute to pilots. It was released in 1945 and continues to be a foreground in the Aviation industry’s timekeeping even today. This timepiece is a collector’s piece that defines both words for durability and reliability. Its 34mm case was considered huge at the time, hence the “King” name.

The Air-King is considered one of the oldest watch models of Rolex today. Many people said even though the model is very old, Rolex still makes sure it has changed throughout history and people keep investing in the timepiece because of its timeless design.

Special Features of the Air-King

Its dial features a unique black dial with a combination of large 3, 6, and 9 numerals representing the hours and a projecting minute scale for navigational time readings. The name Air-King supports the same lettering that was designed especially for the model in 1950.

The Oystersteel is highly resistant to Corrosion. It is especially produced by the brand. The Oyster Steel which belongs to the 904L steel family is usually used in high-technology and chemical industries where extreme corrosion resistance is essential.

The Rolex Air-King is named itself as “air” because it is a tribute for the pilots. It was released in 1945 and continues to be a foreground in the Aviation industry’s timekeeping even today. This timepiece is a collector’s piece that defines both words for durability and reliability.

It gives an even tension on the mainspring and provides the movement a constant accuracy unattainable in a hand-wound watch. The result is a timepiece supreme, punctiliously accurate, and hand-crafted by Rolex craftsmen to an ideal elegance that makes its owner a matter of envy. In the late Rolex 1980s, introduced an updated version of Air-King that contained a new caliber 3000 movement and a sapphire crystal, making this more classical than its contemporaries.

The Air-King Through the Years

For an “entry-level” Rolex, the Air-King continues to provide an interesting value proposition, especially for vintage value-seekers out there. As one of Rolex’s longest-running models, the Air-King is a timepiece worthy of your attention. The Rolex produced a large number of Air-Kings during and immediately after World War II as a tribute for the British Air Force and its pilots. It has many of the same features as other Rolex bubble backs of the era, with a cream dial and even-numbered Arabic numerals.

However, the Reference 4499 model was followed by a few other references. All of these early Air-King references housed manual-wind Hunter movements, making them very similar to other stainless steel watches in Rolex’s Oyster collection.

The Air-King obtained its aesthetic in 1953 called the Reference 6652. It is a reference that launched the silver dial and sticks hour markers that became historic in the successive Reference 5500.

Reference 5500 was introduced in 1957, this reference has said to define the line of the next 37 years. It features a 34 mm-sized Oystersteel case matched with an Oyster bracelet. It is compared to other references in the vintage era because of its small size, unlike other references that range at 36mm.

The Air-King in Modern Times

In 2014, the Air-King was unfortunately discontinued, however in 2015, Rolex launched a new Oyster Perpetual that left people wondering if the Air-King had forever given up its title as the “entry-level Rolex.”

In 2016, Rolex launched a new Air-King, Reference 116900. This model features a 40mm-sized Oystersteel case that comes with a similar caliber 3131 movements inside. These also include anti-magnetism features made especially for pilots.

The Air-King is a model with great history and has many followers not just only the pilots but also Daytonas, Submariners, and Explorers too. Rolex let themselves have some fun with one of the affordable watches in its collection, and the dial and handset do just that. It was a great strategic plan executed by Rolex that gained them more fans and collectors of the model. Luxury And Beauty on Your Wrist: Meet the Rolex Lady-Datejust

Calling out the ladies, this one surely is for you! Rolex’s classic collection of watches are here to…
byBhavya Singh 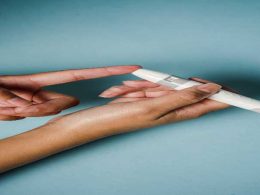 Processed foods almost replace pure foods that have increased the many diseases worldwide. Learning about what can make…
byBhavya Singh

What are the Unique Qualities We have in Rado Watches? 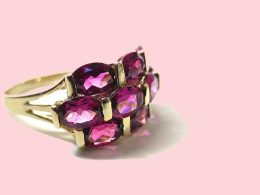 Birthstone Engagement Ring – How Do You Design the Apt One?

Traditionally, choosing an engagement ring meant bribes had to cover a few usual pointers on their checklist. Should…
byBhavya Singh
error: