Internet » Hardest Bosses to take on in Elder Scrolls Online

Hardest Bosses to take on in Elder Scrolls Online

Depending on the build a player is playing with, the experience might differ and I am playing as a tank so the list might not be something for you to agree with wholly. Just like any popular role play title, FFXIV where you can buy FFXIV Gil, or League of Legends accounts to name a few, bosses are what adds flavor to the combat of the game. Here are the bosses that are surely going to give you a tough in Elder Scrolls Online.

Starting off at number 1, we have a strong big brute of a boss called the Sea Giant captain. The boss is one big boulder on the way to completing Kyne’s aegis on veteran. You have to fight off his reinforcements and his ship at the same time.

The hardest fight in the maelstorm arena is of the umbrage vault against Angonian Behemoth. It isn’t the ultimate fight, but the poison arena makes it worse which surely tests your mettle up to the mark.

The werewolf from moon hunter keep is one big pain in the ass, of all the DLC dungeon bosses. Not because of the fact that she is big and strong, but her habit of holding down players for an instant is the real deal. The only way to stop the attack is to interrupt her and it sucks to see how stupid damage dealers are when it comes to interrupting.

The final boss from veteran Asylum Sanctorum, the iron dragon, Saint Olms the Just is a nasty one that completely drains you of your magicka and stamina with its lightning pools leaving you vulnerable to attacks. I managed to die over 20 times, let’s see how you fare against the dragon.

This one is certainly every player’s nightmare, Bittergreen the Wild, the deadly guar. I wonder the backpack surely holds the souls of all the vanquished players. The thing that still bugs me is HOW THE HELL DOES HE SUMMON SPRIGGONS.

Another one that deserves a mention is Captain Virindi Slave-Taker at Thrall Cove in Hew’s Bane. With our absolutely hard mechanics, it’s so hard to bring her down that it may require large groups.

7 – The Watcher Tyrant and his Mage

The watcher tyrant alone is a piece of cake, but when combined with its mage, well that’s another story now. You need to stay clear of the mage’s path as he deals with different spells that dwindle your stamina and slow you down, make you an easy job for the tyrant. You might need some help from experienced ESO players to take the beast down.

Concluding my list with Duriatundur from the cold harbor. He is definitely the most annoying boss ever if not the hardest. The knockdown and the stuns happen so often that you get fed up with the inability to combat.

You may also like to read: My Favorite Games Won’t Launch: Common Causes and Troubleshooting Methods

Startup Ideas: Why It is Cool to Build an App like Netflix

There’s no better time to build an app like Netflix. Everyone is used to binge-watching by now and…
byAnkit Is Public Wi-Fi Really Safe? Simple Steps to Protect Yourself

Accessing the internet is easier than ever. Just turn on your mobile data and you are connected within…
byAnkit 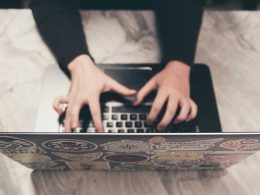 Content marketing can be a great way to get more customers and generate revenue for your business. It’s…
byAnkit Understanding Your Internet Connection: The Most Important Terms to Know

Many people use the internet every day without understanding the terms used to describe related things. In this…
bySejal Mehra
error: